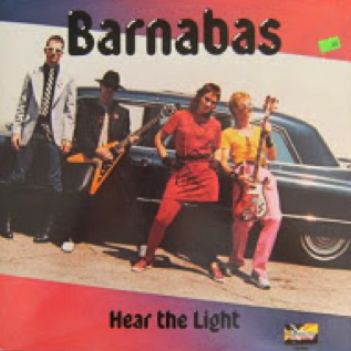 "..we were rockers before we became Christians. We weren't Christians who then became rockers."

Could've fooled me. I was going to save this LP for a post compiling several instances of christian recording artists co-opting various musical genre's to serve their particular ministry. You know...Stryper for the 80's hair metal set...Switchfoot butchering 90's indie/grunge.. Jars of Clay and their fey '00's indie/pop.. you get the idea. I was going to rake Barnabas over the coals for their blatant false advertising here on their debut LP "Hear the Light" from 1980. I was surprised to have never heard of these Punks when i stumbled upon the album at the 7th day adventist thrift shop deep in northeast Portland. I mean... I thought i was pretty into punk. Especially the kind of punk the cover was purporting to be. Look at that guitar player. 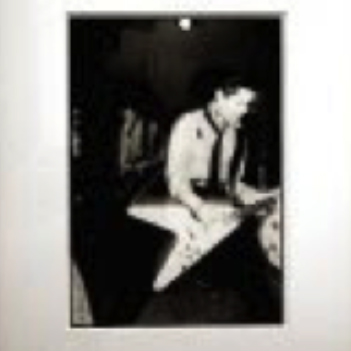 If i didn't know better, and i didn't, I might have thought, but i didn't, that Frankie Fix from CRIME was moonlighting in some slightly nerdier Canadian New Wave outfit (see frankie here -->). Then of course I looked closer at the back of the cover. First I saw "produced by the Grace of God" just above the label contact, then I studied the song titles. "Savior", "Little Faith", "He Loves You", "Playin' For Him", and  "Father Of Lies (A Song About The Other Guy)". OK... this was right up my alley. How can you get more disparate? I'd seen maybe one other xian punk LP pass through my fingers in 10 years of peddling vinyl. That was the watered down Altar Boys of southern California who have been credited with pioneering christian punk music, only their formation followed Barnabas by a full 2 years. Granted, Barnabas can only VERY loosely qualify as a punk band musically. The vocalist Nancyjo Mann's chops are akin to the melodic 77-79 stylings of early LA Punk divas like Alice Bag and Kat Arthur but the music on the LP is a bizarre hybrid of punk rhythms, heavy metal leads and arena rock production. It does, on occasion, ROCK, however it's a leap to identify it as either Punk or New Wave. And naturally its message belies any punk or new wave ethos i've ever heard of or experienced. 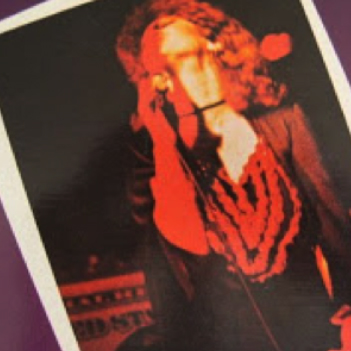 This brings us to the meat of the story both figuratively and literally. I did a little digging around to see if i could find discographical information on Barnabas and sure, yes, of course their history has been well preserved. They made a few albums and along their way honed their image more in line with the salable trends of the day. ie..leather pants, kerchiefs, scarves, bare skin and GIANT HAIR...this, they claim, landed them at odds with some of the bigger ministries of the day including Jimmy Swaggart and Bob Larson who's criticism they partially attribute to the band's dissolution. Interesting...I thought, so i went straight for the 1984 edition of Dan Peters' "Why Knock Rock: help for young people and parents in making reasoned biblical decisions about rock music" hoping to find some asinine backward masking accusations. No such luck. Barnabas is listed (without elaboration) along with Petra, Servant, and Resurrection Band in the Heavy Metal list in the section: contemporary christian music, with a footnote that reads "...we are not granting blanket approval for all the groups on this list. You still need to scrutinize the groups you listen to by the four criteria-lyrics, goals, graphics and lifestyles-and be the final judge of what you allow to enter your mind." but i digress... the reason i'm on and on about Barnabas and Nancyjo in particular is that in my investigation i found she is avidly Pro-Life which should come as no surprise, but the circumstances that brought her to her stance are nothing short of fucking Hard-Core, which, in turn is kinda punk rock. After having two children (one before graduating high school) she was ditched by her husband and divorced. She then became pregnant with "Shauna" who's baby daddy also took the path of least resistance and Nancyjo was left with a 6 months fat belly and her family convinced her to have a late term saline abortion. In detail:

"She lay there frozen as the doctor prepped her and using the syringe took out 60cc’s of amniotic fluid. Immediately after he injected 210cc’s of 20% saline solution. He left and her baby began to thrash around violently.

Nancyjo talked to her daughter the hour and a half it took her to die, begging for forgiveness. She still remembers the last weak kick against her lower left side. The nightmare of what was happening seemed unbearable. Nancyjo was never told what would happen to her. She was never told she’d feel her baby die. The severe cramps were in reality hard labor.

After the baby died, nurses came in, started an I-V of pitosin to induce labor, then left. Nancyjo tried to summon help, pleading for someone to be with her, but no one came. It took twelve pain-filled hours, but she finally delivered her daughter. Alone.

She was fourteen inches long, weighing a pound and a half. She had a head full of hair and her eyes were opening. Nancyjo held her for a minute before the nurses rushed in, grabbed her out of Nancyjo’s arms and threw her into a bed pan. Nancyjo heard her tiny head hit the cold metal. The nurses then yanked on the umbilical cord, jerked out the placenta and left. Nancyjo lay there, tormented by guilt and grief." 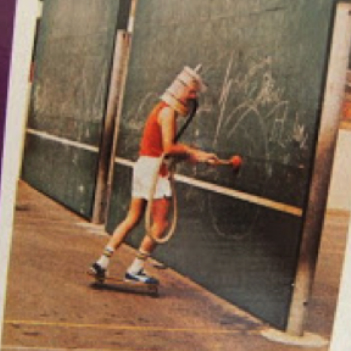 Wow!...Ka-yuck... the full story is published HERE. proving the band's bio is ultimately more interesting than the music, nevertheless this is a music blog and even though very few of you fuckers actually download the songs i post I'm going to try to find the PUNKEST track on "Hear the Light" for your consideration.

Father of Lies (a song about the other guy)