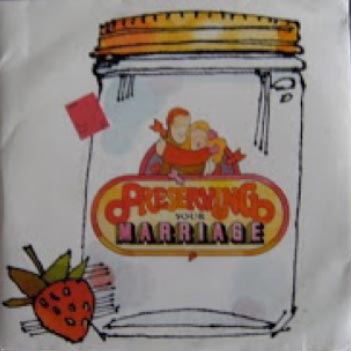 One wonders to oneself why one would bother even picking this up. One saw it, sitting there, with the other 5 or 6 similarly themed singles and one felt like, "maybe?.. how entertaining could this possibly be...no...not even for a quarter". Then one feels in his pocket for change and realizes there is no quarter. there was a dime and a penny. and a $20 bill which was completely off limits for breaking at that moment. It didn't make any sense to have a pocketfull of $19 in so many denominations and .86 cents. One had it in one's hand for the full rounding of Deseret Industries Thrift shop on Portland's beautiful 82nd Avenue. One set it down once in the shoe section and thought one would leave it there but a group of DEZI (slang for heretofore mentioned Deseret Industries) boys in their seriously polyester maroon vest / pant suits were having a debate about something very prudish / prudent right next to one and one got to thinking about how rude it is to go around leaving things in the wrong sections even though one does it ALL the time and will continue to do so probably, but kind of sort of almost wanted this 45 so one kept hold thinking one could pass on it at the counter if one couldn't get it for 11 cents. preserving your marriage huh? and it's got a jar, like of preserves and a married couple in cartoon on the front. subtle. stupid. but WHY? that was the big question. and HOW? those questions are what made one beg the bottom of one's girlfriend's purse for those extra .14 cents. it was embarrassing to the point of almost losing it at the counter. because she kept saying she had the change and was digging around in the bottomless pit purse and one, this one, kept patting his pockets and reaching around to the back pockets knowing full well there were none change and several just a sec's later to starchy maroon mormon checker man one and one other were finally out of the store. Great. Now what. one wonders. to oneself. Not only that. One wonders about the Mormans. One hasn't known many mormons in their life and it wasn't long ago that one had a facebook correspondence with someone who inquired about this whole christian record obsession and how they'd keep their eyes open but their family was mostly mormon and they thought the mormons weren't really a rocking bunch so doubted they'd round one up any acid/psych masterpieces. One then remembered seeing the giant book of mormon box set deals on vinyl at the very same DEZI months and months prior and made a comment thus like:

actually the mormons did make records....like the whole "book of.." writings layed down on multi leather bound volume sets..like 100 LP's per set. imagine ..joe mormon in his undersuit thing bringing home a new prospective wife and going.."hey wanna listen to some records on my hi-fi?" then he puts the needle down it's all...I see no faults in the Church, and therefore let me be resurrected with the Saints, whether I ascend to heaven or descend to hell, or go to any other place. And if we go to hell, we will turn the devils out of doors and make a heaven of it.

Of course though, one's assumptions about matters of this little magnitude in one's personal life are invariably shattered by truth. There couldn't possibly be such a thing as mormon psych, right? Wrong!

So one gets the single home and puts it on the turntable and just super cringes because it's these PSA's about how to treat your spouse and what kindness is like and the small things you can do to grow your love. It's just sick. One can't imagine the intended audience for this sentiment "love isn't something you fall into. it's something you grow" then one remembers with irony this is the mormons and one thinks it's pretty funny considering the polygamy and arrangement of marriages and the headlines of april '08. Don't worry babe. the love will grow. 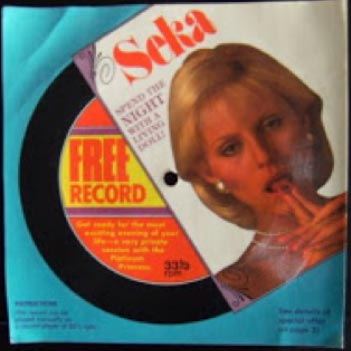 ...the love will grow. one repeats to oneself. then remembers another little 45 that would be a perfect compliment to this preserves thing..there was no way preserves was getting a blog post of it's own. One picked this little nugget up at the PINK PIG thrift store in Port Hadlock, Wa. sometime in the last 6 months. In this case one had it in one's hand and accidentally set it down somewhere in this cramped little hole in the wall and forgot to buy it. Then one got home and realized it was missing and freaked the fuck out. One needed this flexi, like real bad. (One doesn't want to out oneself as a person who would know who Seka the movie star is, hence the lack of subject-pronouns of the "I" variety in this essay.) One was going to have a real bad day if the Seka single was gone. Lucky for everyone in one's vicinity...it was there. 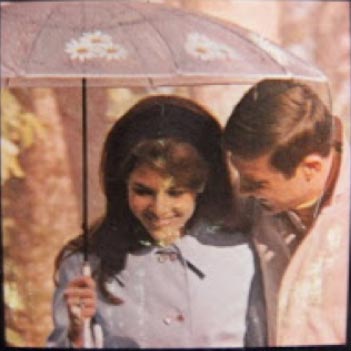 getting these things to sync up proved to be a challenge one was not fully prepared for. One appreciates the subtleties of good mash-ups and had an idea of what one would have liked to do in one's head but one does not have the ability to master garageband with a scattered attention span so one's followers should please understand a more complex arrangement will be posted when one's talents are more honed.

The third psa was picked up at THE THRIFT SHOP in Warrenton, OR. it's got a few really cool radio spots about how beer is FUN, like water. because it's the water that makes the beer so good. marketing genius really. it's the water...a totally flavorless liquid that is what? 75% of the planet. i think they're the same company that invented Artesians. little beings from artesia. they helped make the water good if i remember correctly.