I wouldn't normally get so excited about chanteussery of this sort. I don't know why i picked it up at all. The mildew and/or mold on the cover should have been STRIKE ONE, it was among a cluster of LP's that were starting to combine. there are many things as saddening to a record dude as rotten/rotting record covers, but few things are More saddening. I wiped the thin white-ish grey film off the back to get a better look at Mary Jane's photo. STRIKE TWO. Mary Jane wasn't holding an acoustic guitar. She wasn't disfigured in any conventional way.. I mean. she's not a midget.

or an obvious transvestite/sexual. STRIKE THREE. There was no underlying theme to the songs or arrangement. the record was not a tribute to anything.

none of the songs seemed to touch on issues i would find ironic interest in. no homophobia or racism or hellbent religin. Still, I hoped for the unusual. An undiscovered Mrs. Miller maybe.

The fungus felt like velvet between my fingers. Note to self: wash hands before touching anything while standing in front of the urinal. Did i? fuck. probably forgot. How did you say you got Herpes again? oh yeah..from going to the bathroom at the "Nurses" thrift store in downtown Centralia, Wa. The records were ridiculously cheap..like $0.30 a piece so I bought a whole bunch of Strike-Outs including Mary Jane Sings! I saw three titles on the tracklisting that did promise a bit of entertainment value. 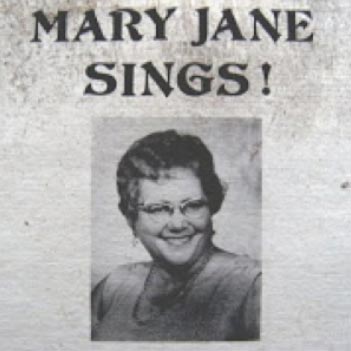 my way, tea for two, and it's a small world. I thought..who knows... someday if i could ever figure out this garage band deal i could mash up her and Sid Vicious' My Way. I've had an aversion to It's a Small World since i was a wee lad of 17, tripping balls at disneyland. it was the first ride my buddy and I went on for some reason. probably because we didn't have to wait in line and try to hide external signals of our exploding brains to other park guests. 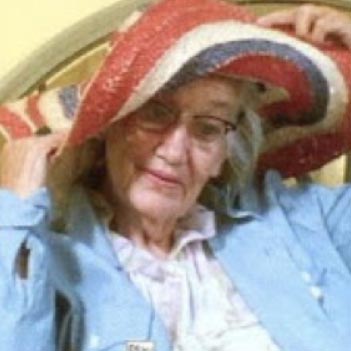 Finally, with all the hooplah surrounding The Beales of Grey Gardens lately and my recent revisiting of the films and outtakes I have a new appreciation and fondness for Tea For Two. Mary Jane doesn't have to pull her rendition out of the cobwebs of her mind, nor wipe the canned liver from the corners of her mouth. It doesn't sound like Mary Jane is delivering from a grimy bed in an ammoniac room crawling with mangy felines. She is not accompanied by a scratchy old 78 victor record. The lack of the aforementioned requisites don't necessarily make Mary Jane's version bad. just dull in comparison. Still...since i can't offer you my favorite version of all time I present Mary Jane Sings!